Just days after the Chinese market version was shown at the Shanghai Motor Show, we now have our first look at a standard production version of the second generation Hyundai Creta compact SUV. The car is quite close to the show car in terms of both styling especially its face and the overall proportion and stance. 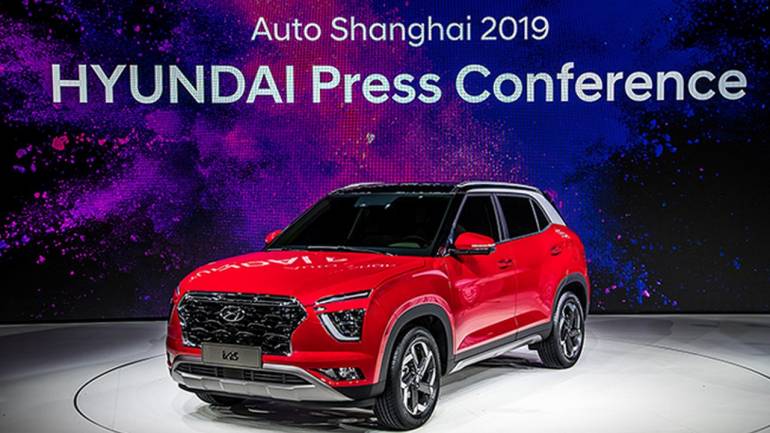 Especially when compared to the current Creta and its roof line. The car carries Hyundai's latest design language Sensuous Sportiness that made its debut with the Palisade full size SUV and the Sonata sedan. It has three key elements that define the new look the large, wide and tall cascade grille, slim indicator lights atop and the distinct vertical DRL signature surrounding the headlamp.

The Hyundai Creta has been a bestseller in India (since 2015) and also in China - where it sells as the Hyundai ix25 (since 2014). The car is also sold as the Hyundai Creta in Brazil and Russia. The new ix25 shown at the Shanghai Motor Show will go on sale in September 2019. The next-gen Creta is likely to be shown at the 2020 Delhi Auto Expo in February, with sales commencing only around mid-2020 in India.