PIC TALK - Keerthy and Shriya together!

The bootylicious babe Shriya Saran, had got married to her Russian boyfriend Andrei Korscheev, in a closed ceremony 2 months back, much to the shock of her millions of diehard fans and movie buffs. Post her marriage, Shriya has been constantly treating fans with her sizzling Instagram updates.

However, the sensuous beauty had not signed any movie later, as even the movies she had committed earlier, like Teja's Aata Nade Veta Nade with victory Venkatesh was dropped, while her long-delayed Tamil movie Naragasuran has no clues or signs of a release for now.

The actress recently went on the second Honeymoon with her husband and to her surprise, Keerthy Suresh was also spotted at the same spot. The duo of Keerthy Suresh and Shriya has surprised everyone and you can take a look at that photo below, 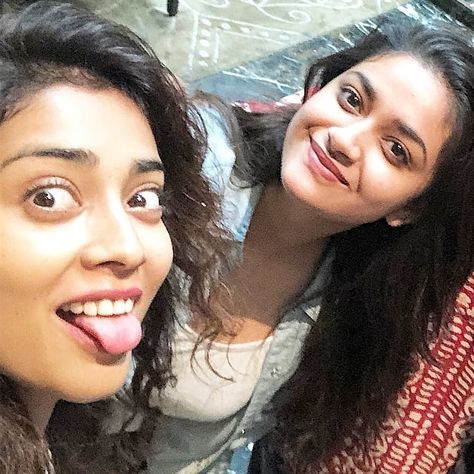