Akkineni hero Nagarjuna was last seen in Ram Gopal Varma directorial disastrous movie Officer Which was a huge flop Which could not even sustain in theatre for a week. The actor now works for the sequel of 'Manmadhudu' where he teams up with Rakul Preet.

After that, he had been concentrating on son Akhil's career and after he got his next release Mr. Majnu, the actor is back to his next movie, which is gonna be the sequel to his blockbuster movie Manmadhudu. The shooting is progressing in Portugal. 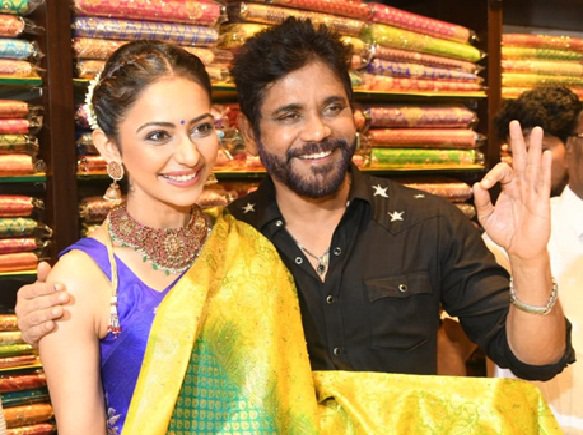 This sequel will be directed by Rahul Ravindran after successful Chi la sow, and the movie will have him paired with Rakul Preet Singh who had earlier paired with his son Naga Chaitanya in Rarandoi Veduka Chudam. In this case, reports claim that the team is shooting some romance sequences with the lead pair.