Tamanna is one of those hottest babes in the industry who can make anyone go gaga over her hot body and sexy structure. Despite she is down and under with repeated flops, she signs lots of movies and she gets the confidence to bounce with her next movie 'Abhinetri 2'.

The actress is dry of offers and she is totally down and under. Even though she signed 'Sye Raa', and an untitled project, she is running short of confidence. Now, she rests hopes on 'Khamoshi' which is the official remake of Hollywood movie 'Shush'.

In this case, the actress photos from 'Abhinetri 2' are going viral as it shows her in 'Red Hot' avatar. The actress was seen in wet and hot mode and was totally breathtaking. Now, we bring those photos and you can take a look at them below, 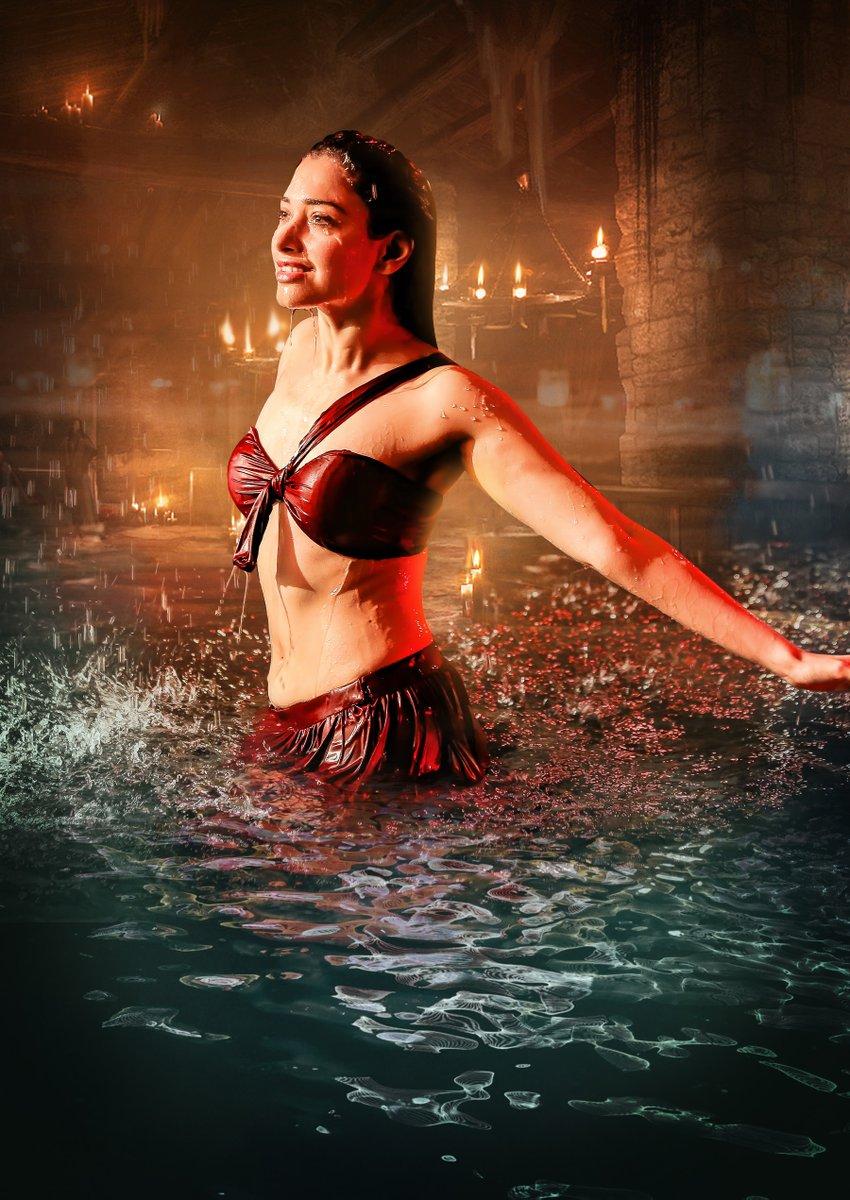