Slender waist babe rakul preet singh was last seen in Tollywood in movies like Jaya Janaki Nayaka, Spyder, etc all of which became disastrous outings and her last Tamil movie Dev was also a colossal disaster.

She had high hopes on her next Tamil movie NGK directed by acclaimed maker Selvaraghavan and costarring Suriya, but that was another dreadful failure. And on another hand, she scored success in Bollywood with ajay DEVGN' target='_blank' title='click here to read more about ajay DEVGN'>ajay devgn starrer de De Pyaar De. 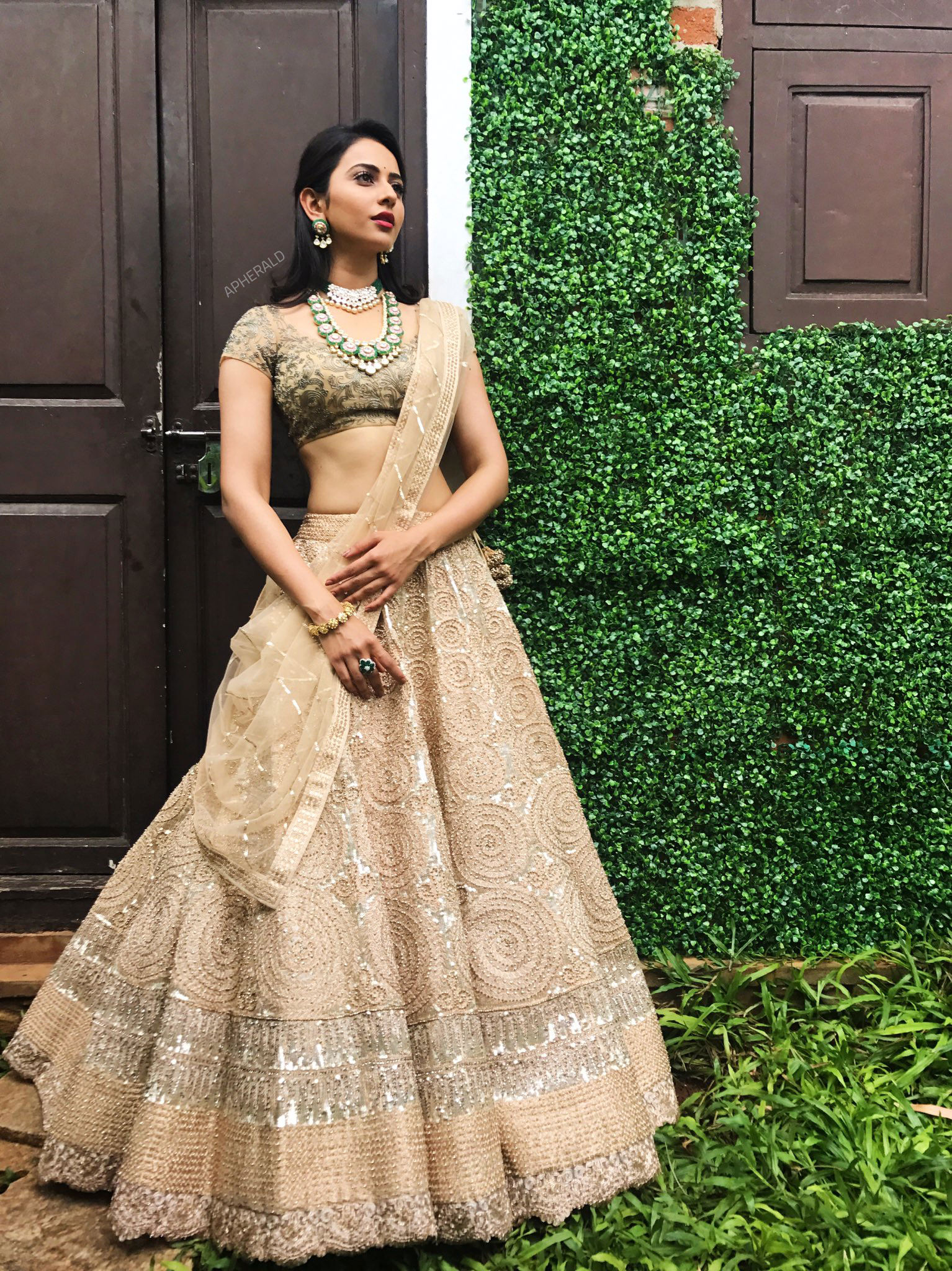 In the recently released hit song, Vaddi Sharaban rakul preet singh oozes oomph like never before and wears a sizzling pink saree with bikini blouse and during a sensuous dance move, in an unexpected manner, her bikini blouse lowers, dangerously revealing her frontal asset totally. This has come as an embarrassment for Rakul Preet Singh. Now, a costume designer has accepted that it was totally unexpected and it happened as she was too lean. The designer also accepted that the makers edited the version.