The sensational Tollywood hero vijay Deverakonda and cute sandalwood beauty rashmika mandanna were starring in another Movie dear comrade after the blockbuster result of their Romantic entertainer geetha Govindam. 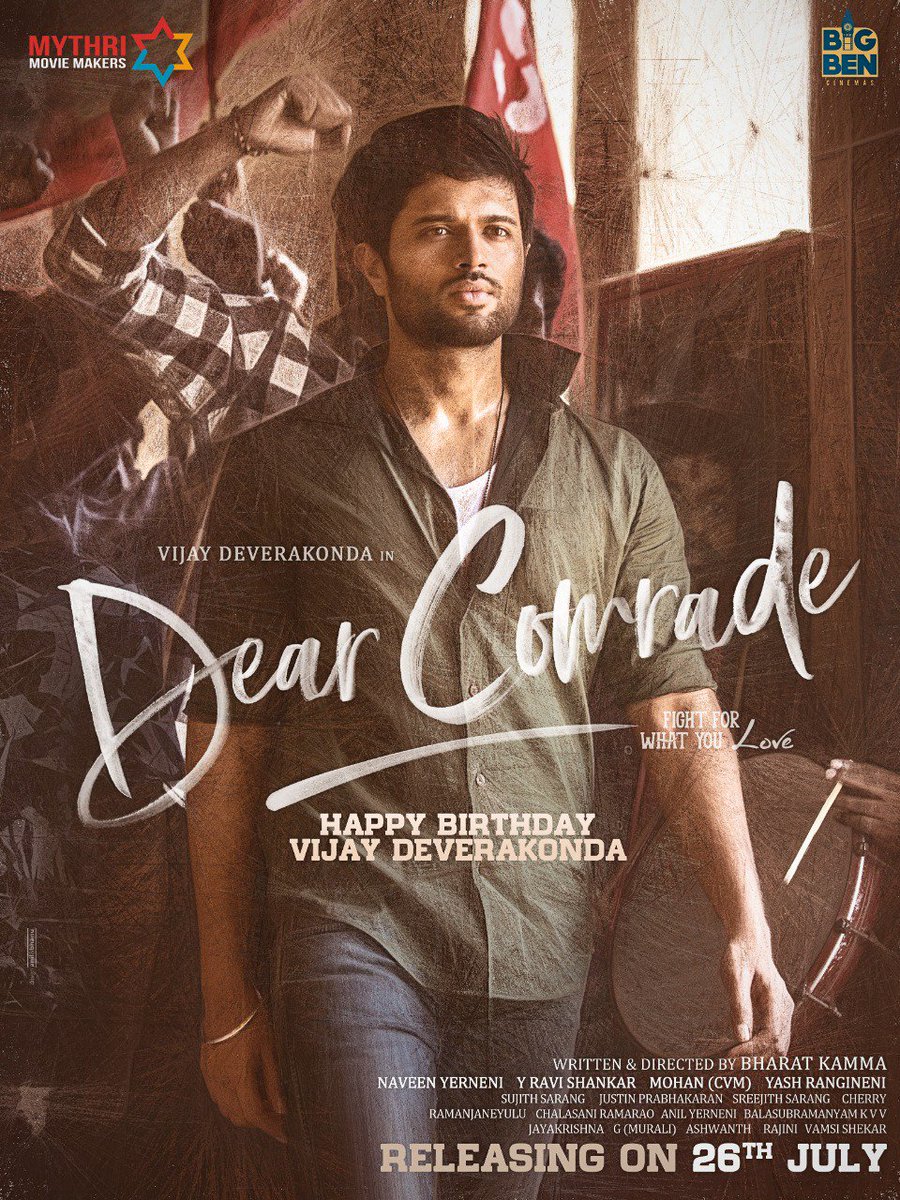 Dear comrade is being directed by debutant Bharat Kamma and is bankrolled by Mythri Movie Makers and was announced recently as a May 31 release in Tamil, Telugu, Malayalam, and Kannada as well. But, later they postponed the release date.

Now it has been revealed that the team is yet to wrap shooting itself and only recently finished shooting their kerala schedule and still shooting is left and hence it has been said that dear comrade may be pushed even further. Also, the team has some post-production works left.