Entire world hailed canonisation of Mother Teresa couple of days back by Pope Francis at Vatican City. Indians are delighted as Mother Teresa became the fourth Indian to get sainthood. 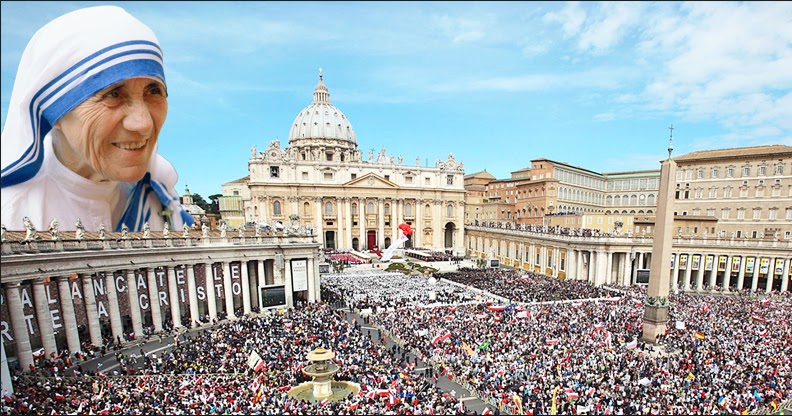 While many are rejoicing Mother Teresa becoming a saint, former Supreme Court judge Markandey Katju teared into Mother Teresa with his controversial statements.
Questioning Mother Teresa's honesty, he said why did Teresa accept donations from questionable sources and added he too would work for the poor and homeless if someone gives him $ 10 million.

On his facebook he posted "I cannot understand all the fanfare and brouhaha about 'Mother' Teresa. In my opinion she was a reactionary semi educated fundamentalist, fanatic and fraud,"

Quoting various investigative reports on Mother Teresa organisation, Missionaries of Charity and said "... We have her own claim that she opened 500 convents in more than a hundred countries, all bearing the name of her own order. Is this modesty and humility?"

He went on to post "But, it will be said, she did after all work among the poor and homeless. Well, I am prepared to do the same if I am given 10 million dollars,"

Here is katju's controversial post on Mother Teresa which is attracting the anger of netizens. I cannot understand all the fanfare and brouhaha about 'Mother' Teresa
In my opinion she was a reactionary semi educated fundamentalist, fanatic and fraud.
In her Nobel Prize acceptance speech she asserted before a dumb founded audience that ' abortion was the greatest destroyer of world peace '. One's mind boggles to understand the connection between abortion and world peace.
To some American Professors who came to visit her she said " We have a home for the dying in Calcutta, where we have picked up more than 36,000 people only from the streets of Calcutta, and out of that big number more than 18,000 have died a beautiful death. They have just gone home to God ". How hungry, homeless people have a 'beautiful' death passes all comprehension.
As for the "miracle" that had to be attested for declaring her a saint, one cringes with shame at the obviousness of the fakery. A Bengali woman named Monica Besra claimed that a beam of light emerged from a picture of MT, which she happened to have in her home, and relieved her of a cancerous tumor. Her physician, Dr. Ranjan Mustafi, said that she didn't have a cancerous tumor in the first place and that the tubercular cyst she did have was cured by a course of prescription medicine. Was he interviewed by the Vatican's investigators? No. The same can be said about her other 'miracles'.
She said that poverty and suffering was a gift from God, when the truth is that poverty is the worst thing in life.
And she was a friend to the worst of the rich, taking misappropriated money from the atrocious Duvalier family in Haiti (whose rule she praised in return) and from Charles Keating of the Lincoln Savings and Loan. Where did that money, and all the other donations, go? The primitive hospice in Calcutta was as run down when she died as it always had been—she preferred California clinics when she got sick herself—and her order always refused to publish any audit. But we have her own claim that she opened 500 convents in more than a hundred countries, all bearing the name of her own order. Is this modesty and humility?
The rich of the world have a poor conscience, and many rich people like to alleviate their own unease by sending money to a woman who seemed like an activist for "the poorest of the poor." People do not like to admit that they have been gulled or conned, so a vested interest in the myth was permitted to arise, and a lazy media never bothered to ask any follow-up questions. Many volunteers who went to Calcutta came back abruptly disillusioned by the reactionary, fundamentalist ideology and poverty-loving practice of the "Missionaries of Charity,"
Aroup Chatterjee, a doctor, grew up in Kolkata and now works in the UK. He is one of Mother Teresa’s most vocal critics. “Many rogues have become Catholic saints,” he said. “What bothers me is that the world makes such a song and dance about a superstitious, black magic ceremony.”
He added: “It’s obvious that people are duped, they have a herd mentality. But the media has a responsibility not to collude with it.”
He has described Mother Teresa as “a medieval creature of darkness” and a “bogus and fantastic figure” who went unchallenged by the world’s media.
According to his 2003 book,' Mother Teresa: The Final Verdict ', based on the testimonies of scores of people who worked with the Missionaries of Charity, the medical care given to sick and dying people was negligible. Syringes were reused without sterilisation, pain relief was non-existent or inadequate, and conditions were unhygienic. Meanwhile, Mother Teresa spent much of her time travelling around the world in a private plane to meet political leaders.
Similar criticisms were made by the late writer Christopher Hitchens in his book, The Missionary Position. Mother Teresa was, he wrote, a “religious fundamentalist, a political operative, a primitive sermoniser, and an accomplice of worldly secular powers”.
The focus of the nun’s work, he said, was “not the honest relief of suffering but the promulgation of a cult based on death and suffering and subjection”.
Among those cited by Hitchens was Susan Shields, a former worker with the Missionaries of Charity, who claimed that vast sums of money accrued in bank accounts but very little was spent on medical expertise or making the lives of the sick and dying more comfortable.
Robin Fox, the editor of the Lancet, wrote in 1994 about the “haphazard” approach to care by nuns and volunteers, and the lack of medically trained personnel in the order’
The investigative journalist Donal Macintyre spent a week working undercover in a Missionaries of Charity home for disabled children in Kolkata in 2005. In an article in the New Statesman, he described pitiful scenes. “For the most part, the care the children received was inept, unprofessional and, in some cases, rough and dangerous.”
Three years ago, a study by academics at the University of Montreal concluded that the Vatican had ignored Mother Teresa’s “rather dubious way of caring for the sick, her questionable political contacts, her suspicious management of the enormous sums of money she received, and her overly dogmatic views regarding … abortion, contraception and divorce.”

But, it will be said, she did after all work among the poor and homeless. Well, I am prepared to do the same if I am given 10 million dollars.

Right after his post many blasted Katju for insulting Mother Teresa.