However in a shocker girls in Russia are stripping on roads as a part of workshop on how to find husbands. 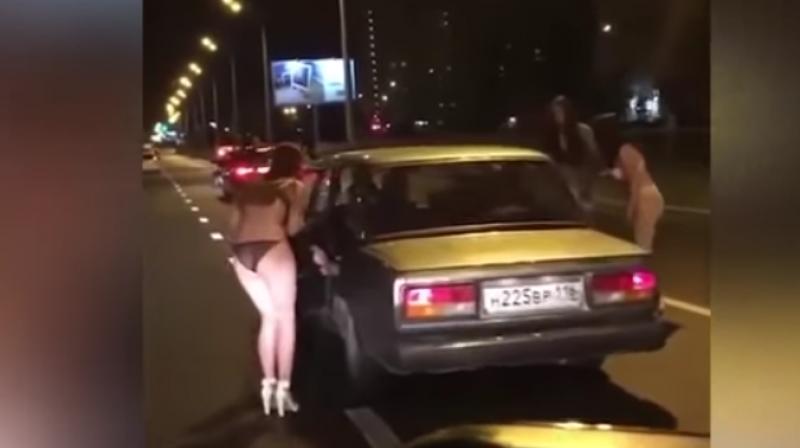 It is known that Russian girls are known to be the most beautiful among women across the world and their acts came as surprise for everyone. Group of hot Russian women , stripped down to their undergarments and were seen stopping motorists on a road in Tataristan.

They were seen asking them cash so that they can get new clothes. Local media reports that the women were taking part in a 3-day workshop that teaches young women how to find a good groom for themselves. As a part of their training They were reportedly asked to strip and ask men for money to buy clothes in one lesson.

One onlooker remarked 'I thought they were looking for Pokemon,'  Some captured the bizarre incident on their mobile camera.