Chennai sources reported that with the city police just started to heave a sigh of relief after curbing prevalent drag two-wheeler races in the city, auto-rickshaws had donned the role of giving a headache to the police. Earlier on Wednesday morning, motorists on Nemilicheri-Vandalur 400ft road in Poonamallee were in a dread after speeding auto-rickshaws darted past them.

Police said “Based on a tip-off, the Poonamallee traffic police have formed a special team to arrest auto drivers who indulge in racing on Wednesday early morning and patrolling was intensified in the area”. Meanwhile the police noticed six speeding auto-rickshaws and tried to stop them but the autos escaped the police. As per report the police, after a brief chase, arrested 5 auto drivers and the three drivers managed to escape. 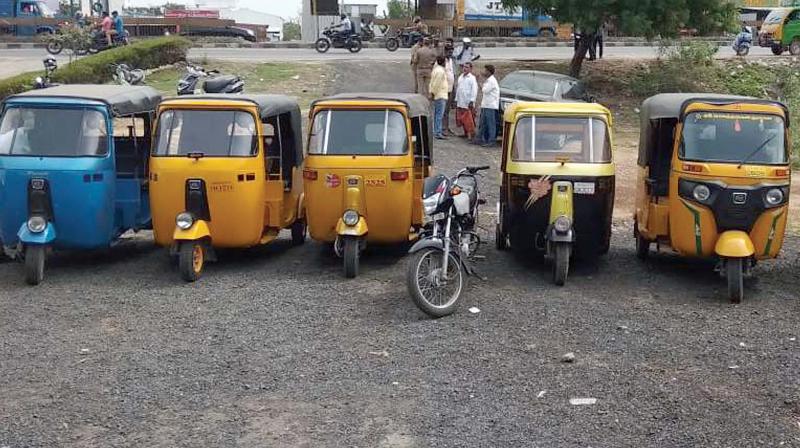 Police said the arrested auto drivers were identified as B. Suresh (36) of Tiruvottiyur, T. Sankar (33) of Padi, S. Baskar (38) of Anna Nagar, B. Sathish (35) of Mangadu and N. Manikandan (38) of Tiruvottiyur and “The auto race was conducted for 10 km and driver who wins the race would have received Rs 5,000”. Further they also had seized 6 auto-rickshaws and a two-wheeler from them. The arrested persons were sent to judicial remand and a hunt has been launched to arrest absconding three persons.