New Delhi sources stated that voting began on Tuesday for 116 Lok Sabha seats, including all constituencies in Gujarat and Kerala, with BJP president Amit Shah, Congress chief Rahul Gandhi and several Union ministers among prominent candidates in the fray. Meanwhile, about 18.56 crore voters are eligible for voting in the third phase of the elections, for which 2.10 lakh polling booths/stations have been set up. 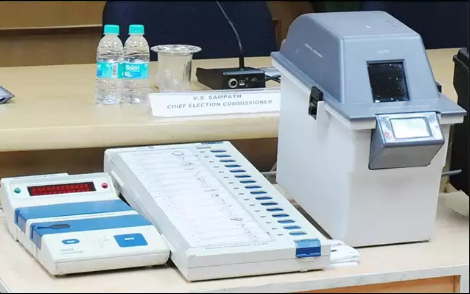 Presently the Election Commission has made elaborate security arrangements. Furthermore all seats in Gujarat (26) and Kerala (20), voting will be held in four seats in Assam, five in Bihar, seven in Chhattisgarh, 14 each in Karnataka and Maharashtra, six in Odisha, 10 in Uttar Pradesh, five in West Bengal, two in Goa, and one each in Dadra and Nagar Haveli, Daman and Diu and Tripura. Reportedly voting in Tripura East constituency, which was earlier scheduled for April 18, is also being held, as also in a part of the Anantnag Lok Sabha seat in Jammu and Kashmir, where elections are being held in three phases. 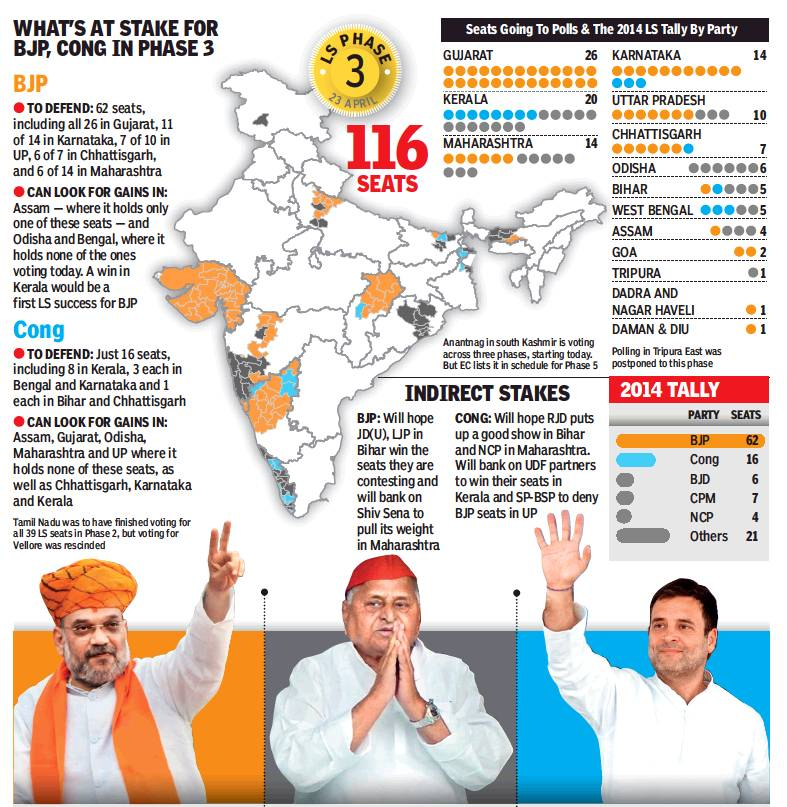 Moreover, voting is also being held in some Assembly constituencies in Odisha, Gujarat, and Goa. Apparently, in the first two phases, the election was held to 91 and 96 Lok Sabha seats on April 11 and April 18 respectively. Perhaps this phase will decide the fate of the heads of the BJP and Congress Shah, who replaced L K Advani as the party nominee from Gandhinagar in Gujarat, and Gandhi, who is contesting from Wayanad in Kerala besides his traditional Amethi seat in Uttar Pradesh.