EVMs in AP are kept under 5 Layer Security 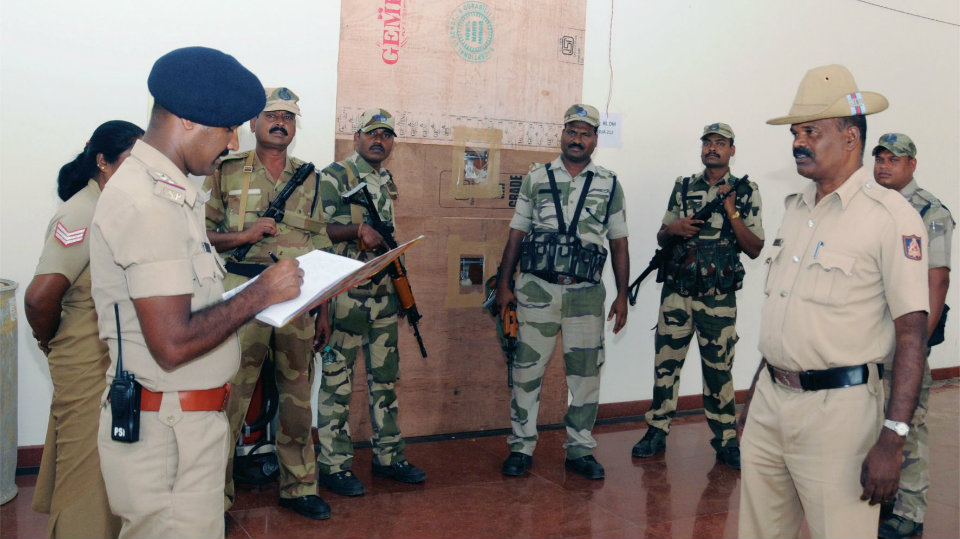 Accordingly, the AP Special Police (APSP) will guard the building blocks of the strong rooms against outside in the second layer. In the third layer, local police have also been deployed for additional security outside the buildings of the strong rooms. In the fourth layer, the strong rooms are also put under the Closed Circuit (CC) Cameras surveillance. Furthermore, for added transparency to the security arrangements, candidates could also be given access to the CCTV footage. In case they find any breaches, they could alert the election authorities.

In the fifth layer, strong rooms will be soon fenced with a thick barbed wire mesh. Hence the officials are also considering to fix alarms to the barbed meshes in case of any attempt to enter the strong rooms at the entrance of the building itself.