Who is the best politician Chiranjeevi or Pawan Kalyan?

Reportedly the moment pawan Kalyan's Janasena Party entered into electoral politics, there started a discussion, comparing the Powerstar and his mega brother Megastar chiranjeevi. Who will be doing great in politics? and is the single question and it has only a single answer. Meanwhile the answer is nothing but JSP has to outdo Praja Rajyam Party's numbers at any cost. Way back in 2009, chiranjeevi led PRP has won 16 MLA seats in Andhra Pradesh despite the fact that two strong and mighty contenders like Congress (led by YSR) and TDP (led by Chandrababu) are in the ring. 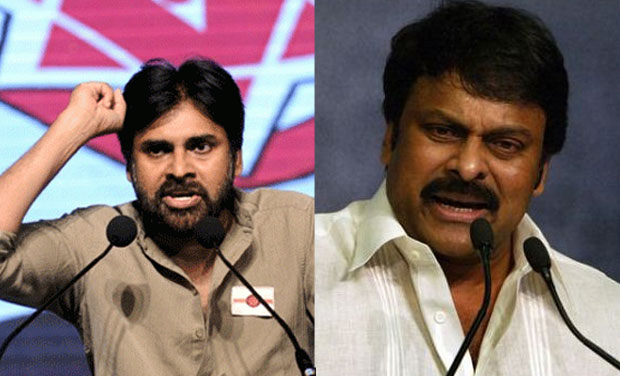 Furthermore the vote share is nearly 20%, which indicates that a chunk of people has walked with the Megastar. Reportedly but to 2019, all the exit polls have now predicted that pawan's Janasena will be getting below 10% vote share and might win 0-4 seats. Hence that indicates Janasena will be getting lower marks than what PRP secured back then. So how should one see this?

Meanwhile chiranjeevi's speeches are sloppy, pawan Kalyan's vibrant, energetic and fiery speeches got millions of views on YouTube, but it looks like those views haven't turned into votes. Accordingly May 23rd will give that final clarity, before doing a comparison of pawan and chiranjeevi.