Modi is definitely not Vajpayee

Accordingly in May 1996, india witnessed an epic moment in the Parliament when Atal Bihar Vajpayee's first time brought him a floor test within 13 days of taking oath as india's Prime Minister when BJP emerged as the single largest party in Lok Sabha. Meanwhile with its 161 seats and Congress at 140, BJP was way short of halfway mark of 272 and Vajpayee was given two weeks by the President to prove his support in the house. 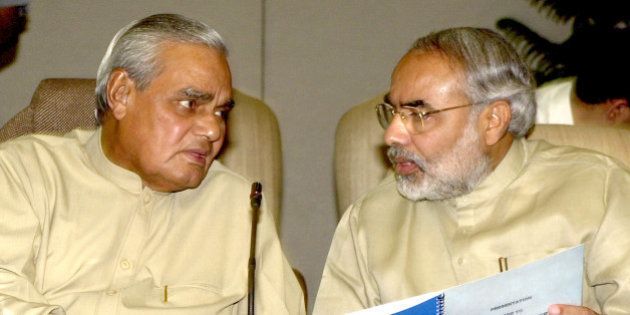 Furthermore despite all efforts from the group of BJP leaders who tried to woo smaller parties to join the BJP and support them, their efforts failed as they couldn't cross 194 member strength in the Parliament. Moreover cut to 2019 Lok Sabha elections. Going by the kind of leadership Vajpayee offered the BJP, 23 years later, if one observes modi-Shah's style of leadership, one can see a complete contrast in the leadership style and moral responsibility towards party.

Moreover as they say, desperate times demand desperate measures, modi may have given a new direction to the party, but the party insiders still feel that morally and ethically, the party is changing according to the times.