Thiruvananthapuram restaurant pulled up for serving unhygienic food to Techies

Reportedly the Rangoli chain of restaurants inside Technopark in Thiruvananthapuram serves a variety of food. Furthermore from chat items to tea time snacks such as pazham pori and chilly bajji, the outlet has it all. Except employees are unhappy with the frequent discovery of unwelcome additions to their meals. Accordingly once a worm was discovered in the chicken tikka and later coins, cockroaches, bolts and rubber bands have been found in bajjis and other items, allege employees. Meanwhile in the latest incident, used cotton gauze inside a plate of chicken biriyani has sparked outrage among customers. 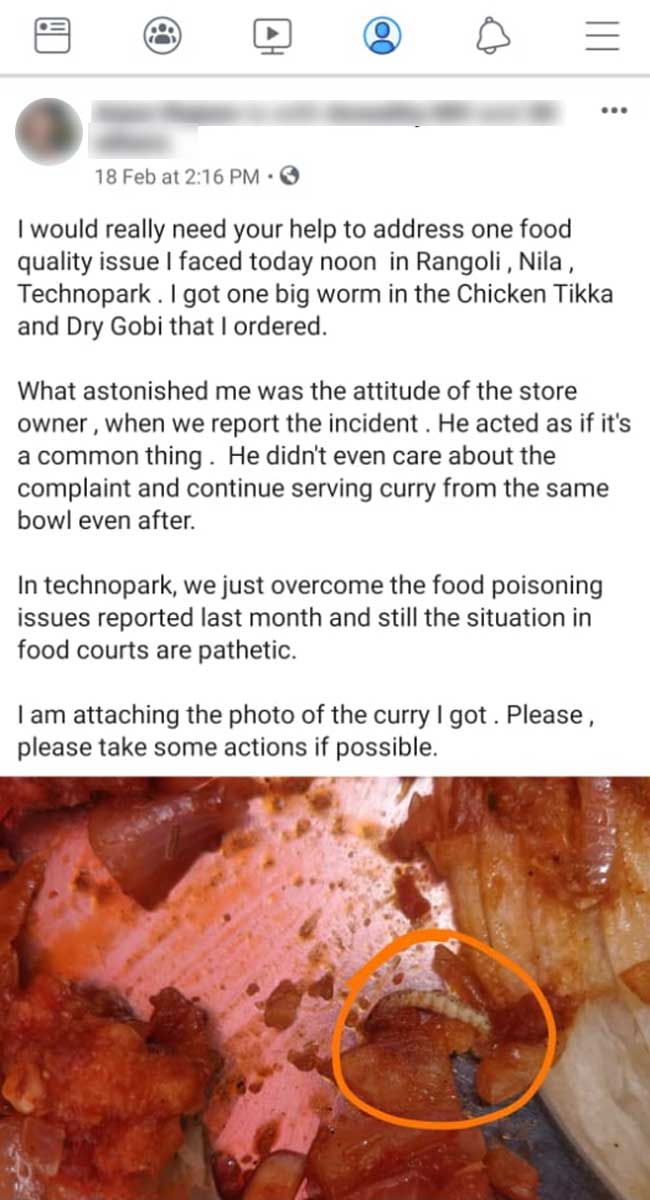 Arjit alleges who works in Technopark “This is the third complaint against Rangoli within this year. In February, He found a huge worm inside the chicken tikka gravy that he ordered. When he asked the manager of the outlet, he brushed it aside by saying that it could have fallen from somewhere. What’s worse is that they continued to serve the item to others. This is when he raised a complaint and they shut down the restaurant for a week".

rajeev Krishnan, Secretary of Prathidhwani, welfare organisation for IT employees "We want better standards in these outlets. Gloves and head caps should be made mandatory. Open kitchens are a must so that people can see what they are being served. Regular monitoring of food and restaurant hygiene is also required".