Telangana Doctor attacked by the mob - But after attack, it was proved wrong with CCTV that he didn't harass!

A Senior Orthopedic doctor from Warangal was attacked by a mob during his clinic hours as he was complained of harassment. Dr.Sudheer is an orthopedic surgeon and he practices at Balaji Hospital in Warangal. A Young female patient meets her with complaints of lower back pain. She was accompanied by two other females and four other patients were sitting in the waiting area. 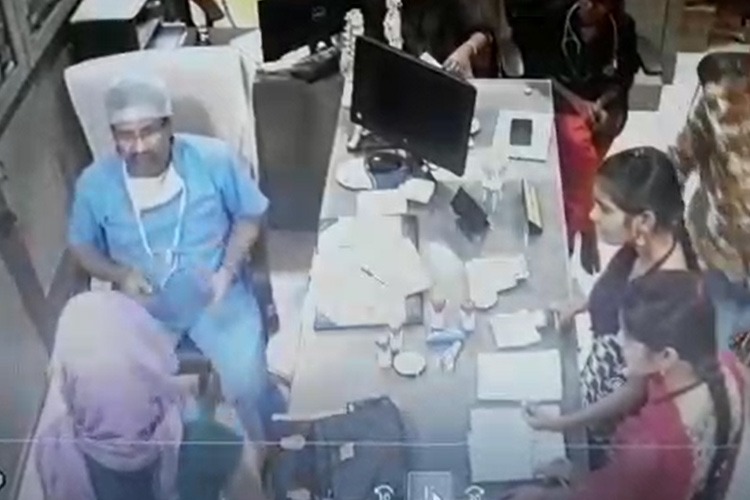 The doctor asked to turn her around to examine her. The CCTV footage shows that when the doctor began to examine her, she jumped up leaving the doctor shocked. A male patient who was in the waiting room comes inside and he sees the female gesturing towards the doctor. She was yelling at the doctor.

In a few minutes, a crowd enters and everyone confronts the doctor. Later, a complaint was lodged at Matwada Police Station and an FIR was lodged against the doctor under section 354 (Assault or criminal force to woman with intent to outrage her modesty) of the Indian Penal Code (IPC). A Source from Indian Medical Association said, "The CCTV footage is clear. The doctor was just doing a standard examination and nothing more. We will be with him."