88 people dead in Kerala, 54 died in Karnataka, 49 in Maharashtra and 31 in Gujarat in floods

Reportedly even as heavy downpour continued to hit several parts of the country on Tuesday, the toll in flood affected areas in four states mounted up to 225. Meanwhile the situation continued to remain grim with rescue operations being carried out in areas where lanes were choked due to flood water. Furthermore 88 people were reported dead in kerala, 54 died in Karnataka, 49 in Maharashtra and 31 in Gujarat in floods and related incidents. 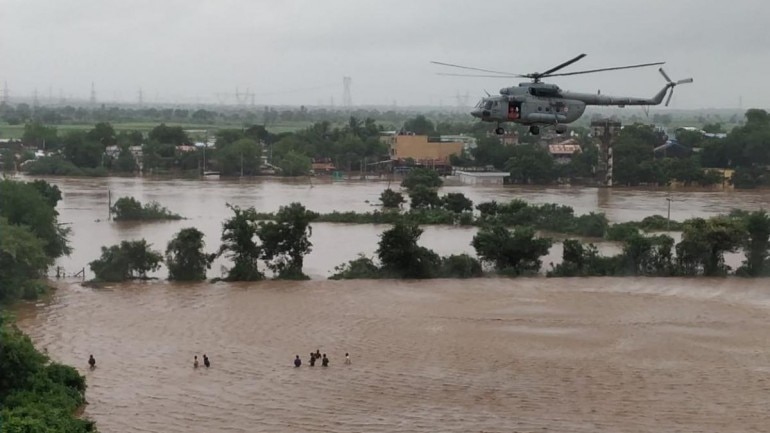 Furthermore two rain related deaths were also reported from Uttar Pradesh where several parts saw heavy overnight showers and here is all that happened today as situations worsened due to incessant rainfall in kerala, Karnataka, Maharashtra, delhi, Odisha and Himachal Pradesh. Reports added the india Meteorological Department (IMD) has issued a red alert for Malappuram and Kozhikode as extremely heavy rains are expected in central areas of the state.

Moreover the Karnataka government has decided to celebrate the country's Independence Day in a "simple" way as most parts of the state are affected by floods and incessant rains. Further in the national capital, the IMD has forecast showers on Independence Day and it said so far in August, 67 per cent less rainfall has been observed as compared to the average.