According to sources a day after PM Narendra modi spoke to Donald Trump for over 30 minutes, the US President has yet again proposed mediation to solve the Kashmir matter. Meanwhile Trump said that he would bring up the Kashmir issue when he meets PM modi at the G7 Summit later this week. When speaking to reporters at the White House, Donald Trump said, "I will be with Prime Minister modi I'll be with him over the weekend in france. I think, we are helping (resolve the tense) situation (between india and pakistan)." 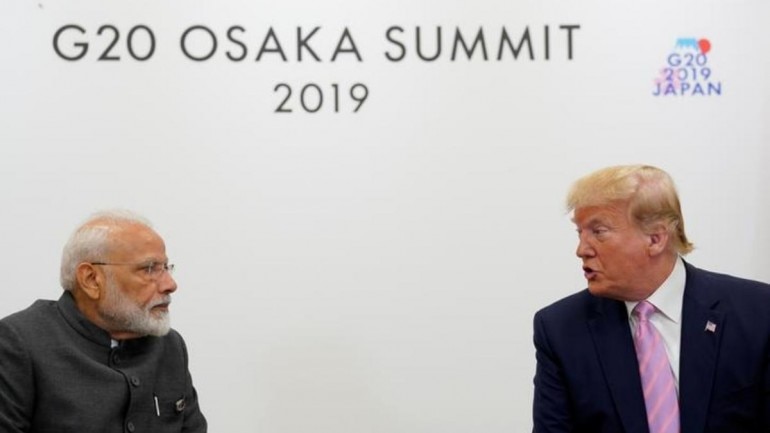 Furthermore india has repeatedly told the international community, including the US, that Kashmir and the matter of scrapping Article 370 is an internal matter, Trump continues to propose mediation between india and pakistan. As per the latest proposal by Donald Trump to mediate comes a day after he spoke to both PM modi and pakistan PM imran khan. When Addressing the media, Trump also said that there are "tremendous problems" between the two countries and thus wished to do the best to ease tensions.

Trump said "I will do the best I can to mediate or do something. (I have) great relationship with both of them, but they (india and pakistan) are not exactly friends at this moment". Moreover this comes even as Imran Khan continues with his attempts to internationalize the matter while india says Kashmir has been a bilateral issue throughout with no scope of third party mediation.