Spectacular Innings from the Aussie captain Steve Smith helped the Australians to set a target of 441 runs in the ongoing First test match here in Pune. Starting of with the overnight score of  143/4, the visitors managed to put a total of 285 runs on the third day. Australia scored 260 runs in their first innings. The Australian captain was dropped thrice by the Indian team where he took the opportunity and went on to score a hundred. Smith scored 109 runs of 202 balls that included 11 boundaries before he falling to Jadeja in the form of LBW. This hundred from smith put the visitors firmly in command . 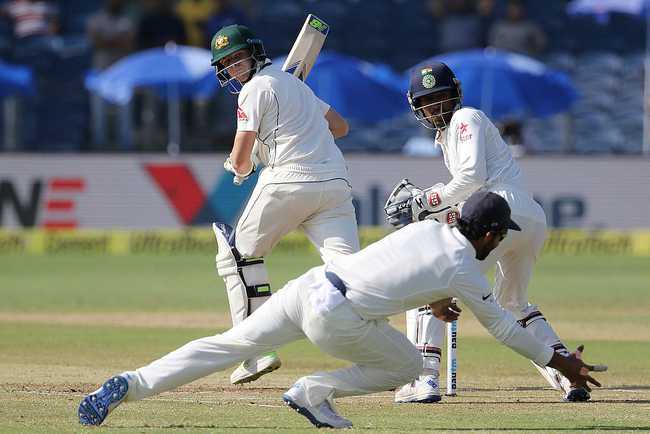 India were taken for a lot of runs, 142 to be precise. They couldn't keep a lid on the runs and the wickets didn't come as quickly as they would have liked to.  Jadeja will obviously get the credit as he was stupendous, but special mention has to be given to Umesh Yadav. He has gone under the radar for some reason but the pacer was brilliant. Bowled probing line, at a venomous pace and was constantly asking questions of the Australian batsmen. 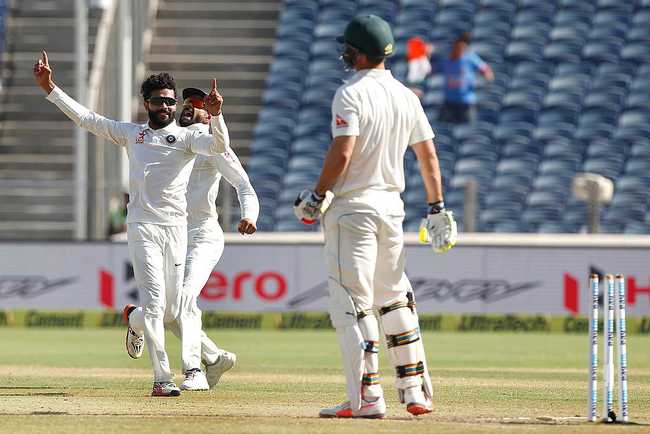 There is still 2 more days left for the hosts but the question is that can they come back after a horrible performance in the first innings and face the Aussie bowlers as there is a huge target of 441 runs right in front of them.