Rishab Pant is yet to be named as replacement for Dhawan

Reportedly Young Rishabh Pant is set to go to england as cover for the injured Shikhar Dhawan even though the latter will continue to stay with the team and undergo treatment for his injury. When speaking to reporters, sources in the know of developments said that Pant has already been told that he needs to get ready to leave for england at the earliest. 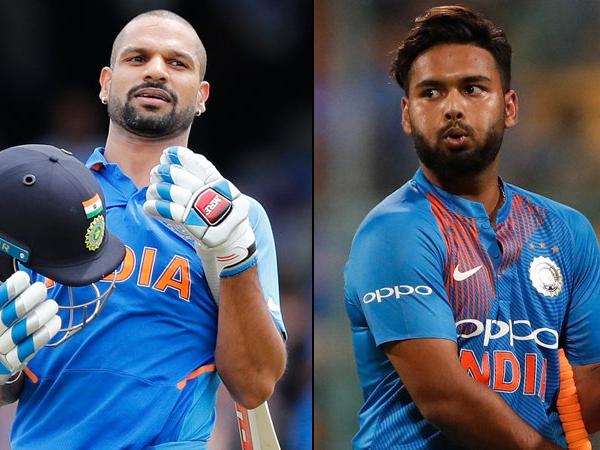 Furthermore Pant is yet to be named as replacement for Dhawan as the BCCI is still hopeful that the india opener will recover from his injury in two to three weeks. Apparently the BCCI in a statement said: "Team india opening batsman Dhawan is presently under the observation of the BCCI medical team. The team management has decided that Dhawan will continue to be in england and his progress will be monitored.

Reportedly "Dhawan sustained an injury on the back of his left hand in the region between the index finger and thumb during the league match against australia on Sunday." Moreover Pant, who was initially ignored for Dinesh karthik when the 15-member squad was picked, will be packing his bags and leaving for the UK. Reports added Dhawan suffered his injury after being hit by a Pat Cummins delivery during his 109-ball 117 knock against australia. While the X-ray didn't show any fracture, CT scan revealed otherwise and Dhawan was taken to a specialist for further assessment.