Who will be Team India's New Coach? Interview begins

New delhi sources stated that the new head coach of the Indian cricket team is likely to be announced at 7 PM in a press conference that will be attended by kapil dev led cricket Advisory Committee on Friday in mumbai. Meanwhile kapil dev along with the other members of the CAC Anshuman Gaekwad and Shantha Rangaswamy will attend the press conference and the new coach will be announced in the evening, subject to completion of the formal process. 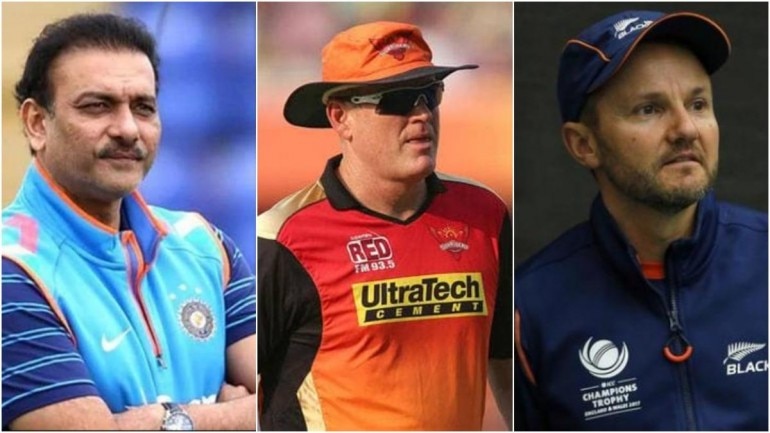 Furthermore the BCCI shortlisted 6 candidates for the coveted position as Ravi Shastri's contract ended after india's World Cup 2019 campaign. Shastri along with other support staff, Bharat Arun, Sanjay Bangar and R sridhar were given 45-day contract extensions. Reportedly the interview process to appoint the head coach of the men's cricket team began at the Board of Control for cricket in india (BCCI) headquarters and former india all-rounder Robin Singh was the first one to appear for the interview.

Moreover other than Robin Singh, Lalchand Rajput and Mike Hesson will be present in person for the interview while Tom Moody, Phil Simmons and Ravi Shastri will be interviewed on Skype. Ravi Shastri is the overwhelming favorite to retain his job, considering the amount of success Team india have had in the last 2 years. Perhaps apart from winning historic series in south AFRICA'>south africa (ODIs) and australia (ODIs and Tests), india's World Cup 2019 performance was impressive until the semi-final wherein they were knocked out by new zealand.