Accordingly the Samsung Galaxy Fold, launched alongside four other smart phones on Wednesday evening, functions as a typical smart phone but can unfold like a wallet to create a 7.3-inch touch screen.  Meanwhile the device, which will be released in April, will cost at least $1,980 (£1,516), making it by far the most expensive smart phone on the market.

Furthermore when fully unfolded, the device will be able to simultaneously run three different apps on the screen. The Galaxy Fold will also boast six cameras: three in the back, two on the inside and one on the front. Reportedly after spending nearly five years developing the technology underlying its foldable screen phone, Samsung is clearly hoping for a big payoff. 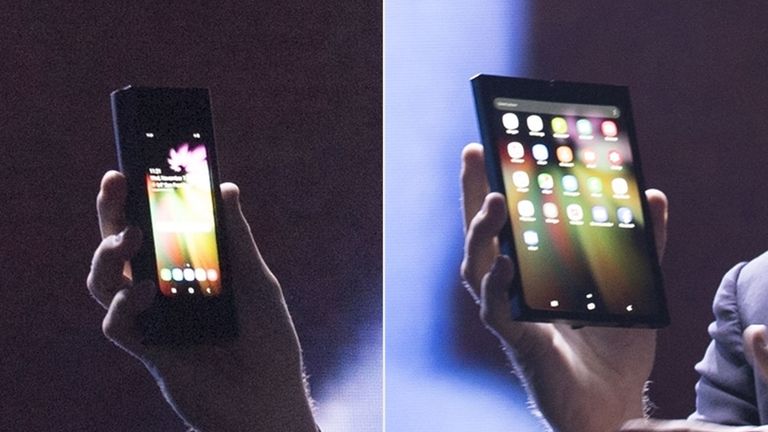 DJ Koh, who oversees Samsung's smart phone division said "Get ready for the dawn of a new era and the new phone, he said, "answers skeptics who said everything has already been done." Moreover the smart phone maker also teased its largest phone yet, the S10 5G, which offers 6.7 inch display and promises to be the future of smart phone connectivity. The phone will be available later this year, when 5G networks, that offer faster mobile data connections, come online.