The television anchor Anasuya, known for her sexy voice and sensuous dance moves in reality game shows on TV, exposing her curvy assets and attracting the audience, had made appearances in several films in recent times, with a sexy item number in Winner, and playing the antagonist in Kshanam to name a few.

Despite such hot performances, it was her latest performance in the blockbuster movie Rangasthalam directed by Sukumar and starring Ramcharan, Aadhi Pinisetty, Samantha, and Prakashraj, that has earned her rave reviews. The actress played Rangammatha, a character which is straightforward and has a lot of affection on the protagonist Chitti Babu. 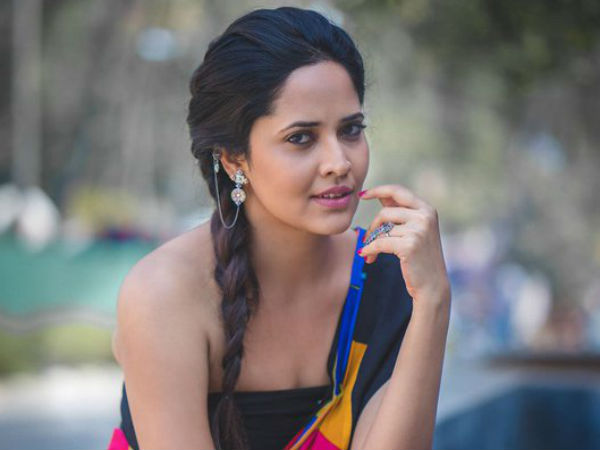 While she was already supposed to play the female lead in a film titled Sachindi Ra Gorre, the actress, post her Rangasthalam rocking act has bagged a plum role in a biggie. Anasuya has been committed to play an important supporting role in 'Venky Mama'.