Mahesh Babu suffered from an array of flops before 'Bharat Ane Nenu' and one among the flop movie was 'Brahmotsavam'. The movie which was written and directed by Srikanth Addala ended as a disaster. The movie had Samantha and Kajal Aggarwal in the lead roles.

The movie also got dubbed in Hindi as 'The Real Tiger'. In this case, now Mahesh Babu scored a success in Tamil with his 'Bharat Ennum Naan'. So after all these years, Mahesh Babu's 'Brahmotsavam' is getting dubbed in Tamil as 'Anirudh'. 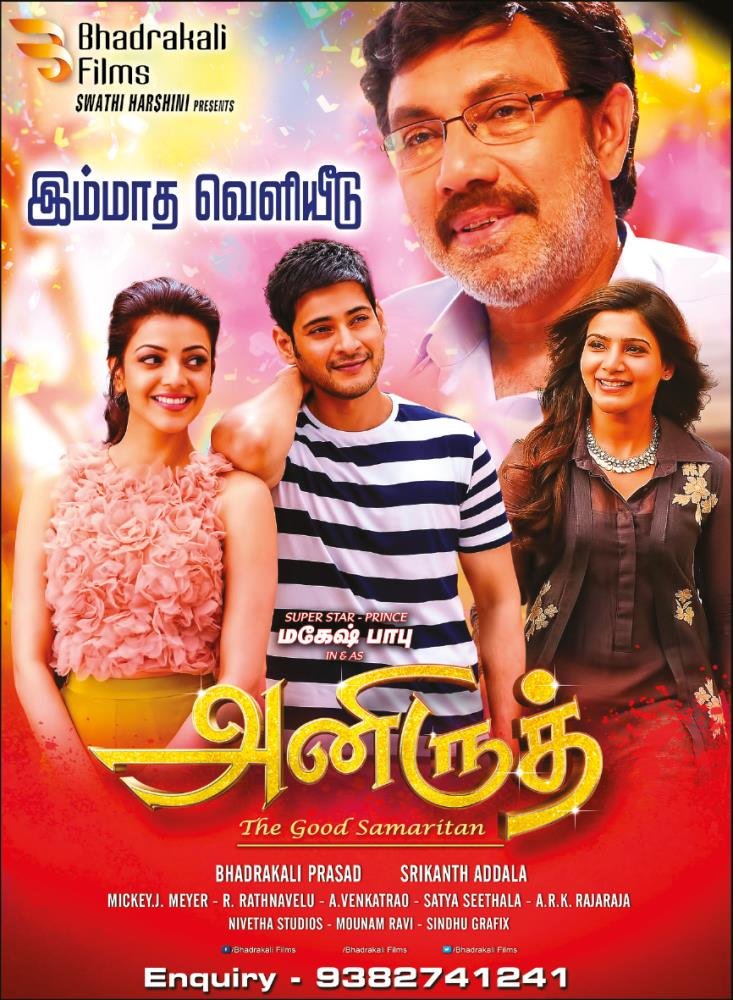 As per sources, the movie will be presented by Bhadrakali Films banner. The movie is likely to get a release on August 3, 2019, along with few other dubbed releases.  The above poster clearly proves that the movie will release as planned. Earlier, the movie got a slight delay due to the negative reviews.