Makkal Selvan Vijay Sethupathi was last seen in an action-packed avatar as a North Indian goon in the superstar Rajinikanth starrer Karthik Subbaraj directorial Petta and next he's starring in multiple movies. Then he was seen in Super Deluxe the movie which is directed by national award winning director Thiagarajan Kumararaja.

The actor has now started his next project which will feature Shruti Haasan as the female lead. Shruti Haasan who has been idle for a long time has finally started this project. Well, can't believe? Check out the photos below, 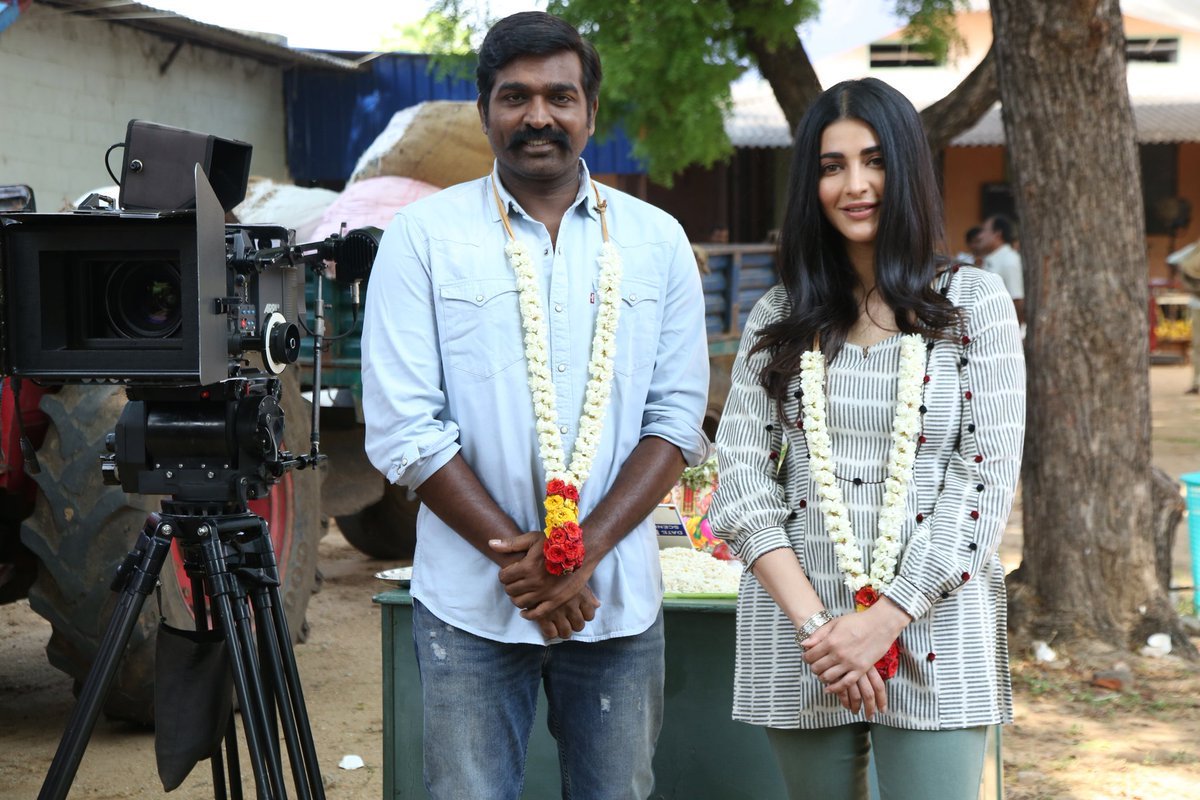