Accordingly with Assembly and General elections exactly a month away now, political parties in Andhra Pradesh and leaders are betting big on Facebook. As per Facebook's "Ad library", YSR Congress President Y.S Jaganmohan Reddy is in the list of top spenders among Indian politicians between February and March, taking the 27th place. Furthermore by spending Rs.1.79 lakh for 25 ads, he is the politician from Andhra Pradesh who has bagged this top spot.

Reportedly Indian Political Action Committee (I-PAC) founded by Prashanth Kishor and which is currently supporting YSRCP has been promoting the party's digital content and agenda through its extensive publicity campaigns, with a spend of Rs. 53,392. Furthermore TDP Chief N. Chandrababu Naidu spent Rs. 90,975 on 13 advertisements or promotions and stood at 44th place among the top 50 spenders on Facebook. 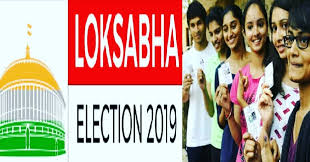