According to sources Wing Commander Abhinandan Varthaman, who had shot down a Pakistani F-16 near the Line of Control (LoC) in February resulting in his capture and subsequent release by Islamabad, will be conferred with the Vir Chakra, one of india's top military honors. Meanwhile on February 27, the Wing Commander brought down an F-16 jet of the pakistan Air Force during a dogfight before his aircraft received hits and was brought down. 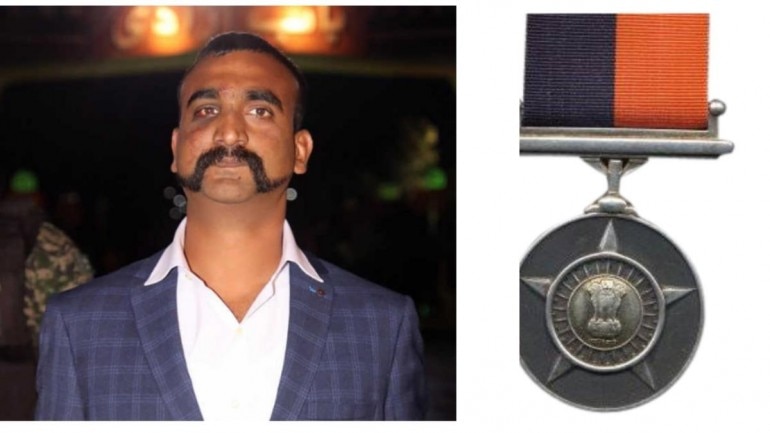 Furthermore he was apprehended by officials of the Pakistani Army on the same day and taken into custody and the fighter pilot had sustained a rib fracture, a back contusion and some bruises after he was allegedly attacked by locals at PoK. Perhaps after his return to india on March 1, Varthaman, the son of a former high-ranking IAF official, had undergone tests in New delhi and after clearing medical examination; he was subsequently posted out of Jammu and Kashmir as part of service policy as well as security reasons.

Apparently the Vir Chakra is the third highest wartime military award in india, after the Param Vir Chakra and Maha Vir Chakra and usually the Chakra is awarded for acts of gallantry in the presence of the enemy, whether on land or at sea or in the air.